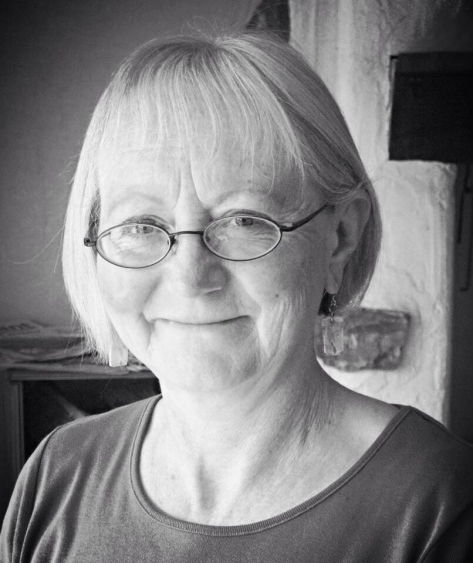 -What inspired you to become a children’s book author?

I didn’t set out to be a children’s book author, and I still have partly written adult books on the back burner that I’m planning to revisit one of these days, but I have always loved children’s books and still do. When I was working on my A Jar Full of Angel Feathers story (which was initially called The Gnarly Man) with its mix of reality and the supernatural, it just seemed natural to slant it towards children. Childhood is such an important time of discovery, and as books open doors into new worlds and present different perspectives, it’s very appealing to be a part of that.

-Do you consider it more difficult than other genres? (If so why?)

Yes and no. Yes, because it is a highly competitive market, with an enormous flood of new books out there at any given time. There are the difficulties of pitching the language at the right level for the age group without over-simplifying, comprehension levels to consider, and trying to keep things as straightforward as possible without being dull or condescending. No, because children are open to everything and you can let your imagination fly. You don’t have to talk down to them, but you do have to make the story understandable when the readers probably have little world experience to draw on. Children are open and far less weighed down by pre-conceived ideas than adults, so you can be very free with your stories, making them as silly and adventurous as you like. On the other hand children are not stupid, are easily bored, and will quickly pick up on holes, inconsistencies and impossibilities within the story set-up, so the story has to be carefully crafted. Writing for children carries a big responsibility too, as the young reader could potentially be affected by what he sees on the page for the rest of his life.

-Have you created a special character? Can you introduce this character to us?

In my not yet published MG novel, Dilly Drops In, I’ve created creatures called Gobblers. The heroine, Dilly, has landed in an underground world where gnomes recycle bodies and prepare them to go on to their individual heavens. There is a problem: the essential ‘Sparks’ released at death (souls) are vanishing before the gnomes can use them to reanimate the waiting bodies, and Dilly is sent to find them. This is when she meets the Gobblers, large greenish-brown creatures with bodies that start wide at the bottom and then coil upwards in rolls of rubbery flesh to make an overall shape rather like a dog turd. They have small heads balancing on ridiculously thin necks, and blood-red eyes. When they smile, their lips curl up into banana-shaped grins to reveal pink gums without any sign of teeth. Dilly meets three Gobblers, Maeve, Sid, and poor Bert, who is trapped in a cave and so swollen with wind that he can’t escape through the small entrance.

-Which of your books did you enjoy writing most and why?

I imagine my debut novel, A Jar Full of Angel Feathers, will always be special and I loved writing it for several reasons. It gave me the chance to explore a way of mixing love, nature, and a dash of the supernatural to turn around the life of a very unhappy little boy, a real life version of whom I had met years ago. That child’s deep sadness stayed with me, so it was lovely to be able to create a happy outcome, if only in fiction. Setting the story in the nineteen-fifties also meant that I could revisit my own childhood memories for inspiration, which was fun in itself. Best of all was that I decided to try my hand at a few illustrations, having loved drawing as a child. I hadn’t really attempted anything since then and pleasantly surprised myself with the outcome! 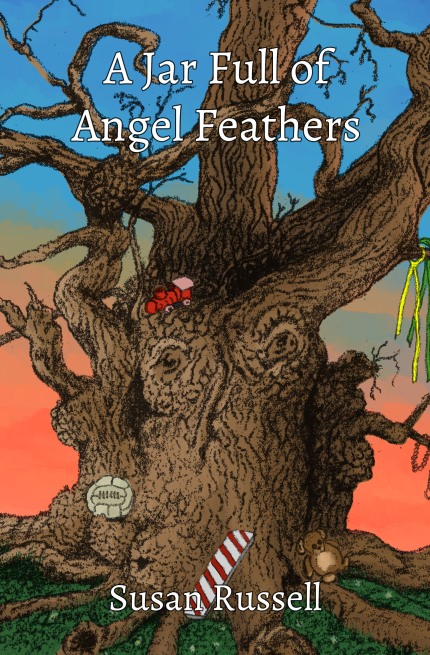 -For what age group would you recommend your books?

Probably from around eight/nine years and up, so long as their reading level is competent. Adults, especially Grandparents, also enjoy A Jar Full of Angel Feathers because they can relate to the various childhood experiences and how things have changed since then. Dilly Drops In will fit into the same age group. I also have an illustrated early chapter book for younger readers that I hope to see published in the future (Smelly Ellie) and am working on another to follow it.

-Is there a particular author that has inspired you in your journey as a writer?

It’s always so hard to pin down just one – major influences have included Alan Garner, J.R.R. Tolkien, Philip Pullman and Lucy M. Boston – but I suspect C S Lewis would be way up on my list. I was totally drawn into the Narnia chronicles as a child, loving the reality of the world he created, the inhabitants, the fact that the children could live in both worlds, the battles between ‘good’ and ‘evil’ and so on. I will never forget the thrill I felt while reading The Lion the Witch and the Wardrobe, when Lucy travelled through that wardrobe and emerged into a snowy scene lit by a lamppost. Simply magical.

I very much hope to see Dilly Drops In published. It’s a fantasy adventure, with an underlying theme of loss, where I allowed my imagination to run completely free. In a nutshell, it has body-recycling gnomes, a perfectly-behaved doppelganger, a little bit of blood and guts, a dash of toilet humour, and a quest – all part of an adventure that not only sees heroine, Dilly/Sarah, rescuing a group of hi-jacked souls so that they can go on to their heavens, but one that will also heal her relationship with her mum. I’m also cracking on with the second early chapter book that I mentioned earlier, probably to be titled Ellie Ruins Christmas. My writing time is much more limited over the summer months because my husband and I run a couple of gites over here in the Cantal, France. Keeping those ready for guests, and trying to keep the garden (which is basically a reclaimed field) under control takes up a lot of time and energy!

Author of I stand corrected, When I grow up... Bienvenidos a gatos anónimos, Pasarse cuatro Pueblos and Sesenta segundos dan para mucho, Patricia Asedegbega Nieto was born to a Spanish mother and a Nigerian father in Madrid. As a child, she relocated with her family to Nigeria and later returned to Spain, where she acquired her BSc and master´s degree. She is currently living near Madrid with her family and her very stubborn cat, Merlin Mojito. View All Posts